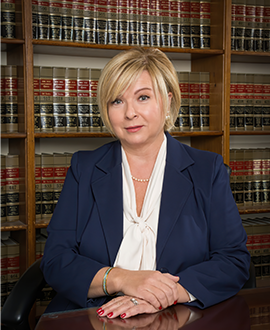 DIANE K. MENDEZ received a Bachelor of Arts Degree in political science and history from Fordham University in 1982 and her Juris Doctorate from Fordham University School of Law in 1985.  Upon her admission to the New York State bar on May 7, 1986, she practiced in the area of professional liability defense litigation, specializing in legal and architectural malpractice.  Since 1990, she has concentrated her practice on Surrogate’s Court litigation, Supreme Court litigation in Mental Hygiene Law Article 81 Guardianship proceedings, Elder Law litigation, and business and commercial litigation at both the trial and appellate levels.  She has extensive experience in contested probate proceedings, contested accounting proceedings, discovery proceedings, and guardianships.